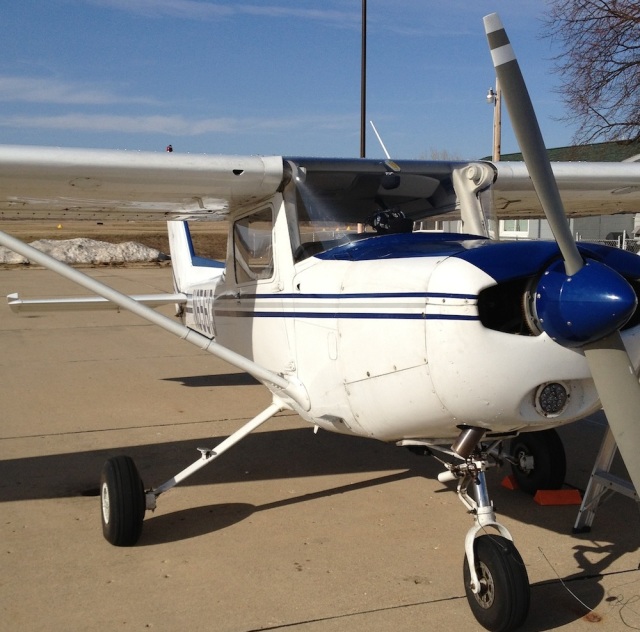 Over the past summer and fall, Ryan earned his pilot’s license.  He’s talked about it on and off for a few years, and something just made him take the next step last July.  It’s a pretty lengthy process, and especially in Michigan, where the weather is extremely temperamental. I kept making jokes like “It’s a miracle aviation has come this far!” Slow and steady, Ryan flew all the required hours, studied diligently, and passed both the written, oral, and flight exams. (Passing the written at 100%.)  After he had a few more months of practice, and the weather finally cleared up, it was time for me to take flight with him.  It was just a weeknight after work in April, with no real destination.  We wanted to keep it light just in case the whole thing was just too terrifying.  As it turns out, flying in a TINY aircraft in near-perfect weather isn’t so bad.  Turbulence is perfectly naturally, as my brain understands it, but the rest of me is in great denial with science, and I still find it completely nerve-wracking and scary.  The good news is that the turbulence this day was only on ascending and descending; but the part in the middle, where we flew around enjoying the scenery, was just plain fun.  All in all it was a pretty exciting adventure, one I’ll never forget.  We flew over the capitol, over Michigan State University campus, and over our house and neighborhood.

Not the most scenic photograph, but it was the best we could do at the time. There just happened to be someone walking out of the office to the fuel pumps. He was kind enough to take our picture. And yes, Ryan is actually taller than this airplane. 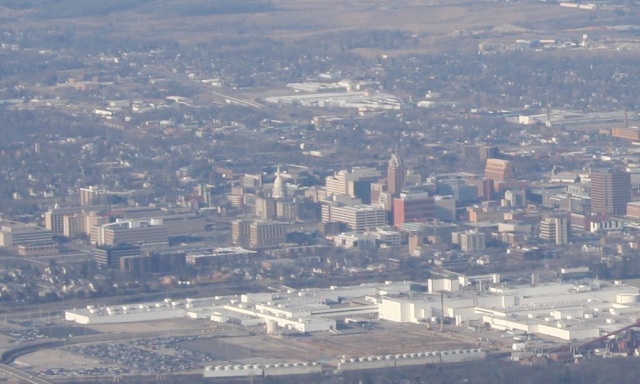 We flew pretty close to the capitol – and with my DSLR, I was able to get a pretty decent photo of downtown Lansing. The day was pretty hazy, and I shot everything through the window – so I’m actually pretty happy with it! Next time maybe I’ll be brave enough to open the little window hatch. But probably not. (I can’t go opening the windows in an aircraft – it just doesn’t feel right to me!) Here are a few more photos of our adventure – also through the window.  Safety first! 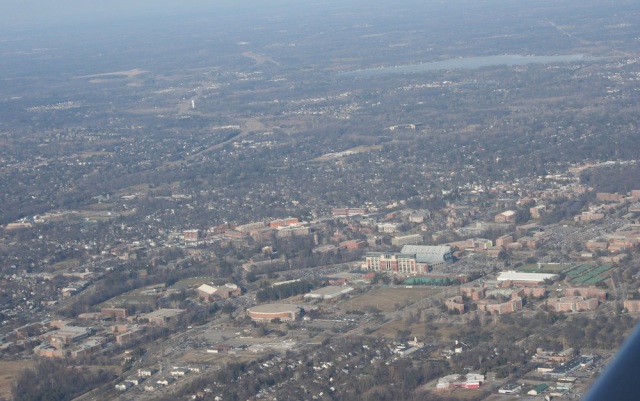 I couldn’t resist posting a picture that encompassed campus, East Lansing, and Lake Lansing off in the distance. There’s a lot of local love in this shot! 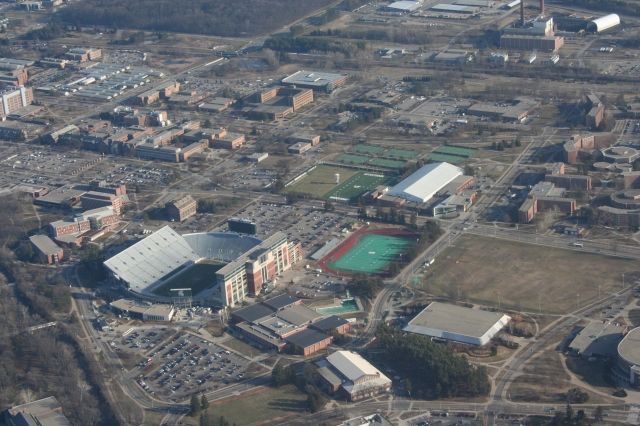 As true Spartans, flying over campus was really cool. I took so many pictures. It was hard to narrow it down to just one to post! I went with this full-frame, as I think seeing so much of campus at once is neat. (Yes, neat.) It’ll be fun to come back in the summer when everything is green. 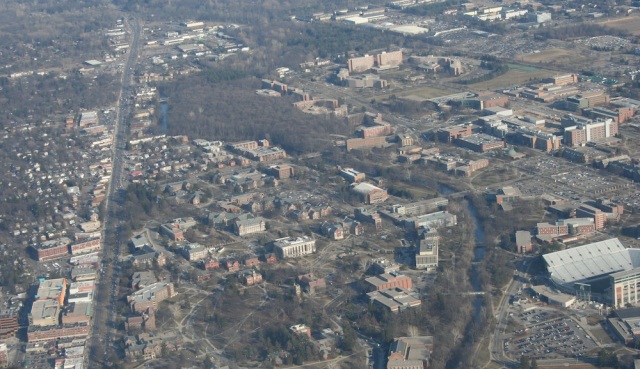 This is of “old” campus, which, naturally was built before the rest of “new” campus. The Red Cedar River – off to the right – serves as an unofficial divide.  Most of the original buildings from the early days of the school are built north of the river.  The main road on the left is Grand River Avenue. 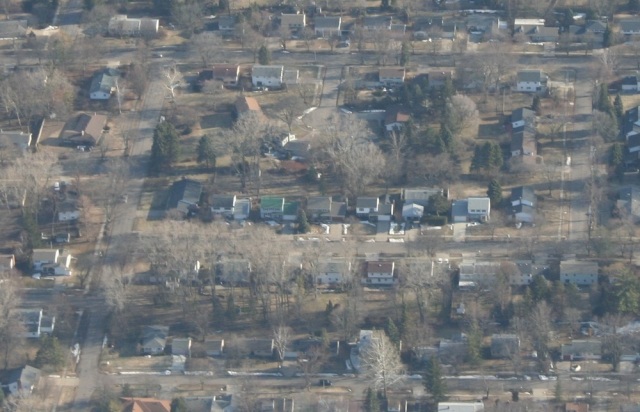 And last but not least, our neighborhood! There’s something just fun about flying over your own house and picking it out.  File it under “childish wonder.”

So that was my first flight with Ryan as pilot. I’ve said to several people since then, if I had to choose anyone I know to pilot an airplane I’m in, it would be him.  This adventure was great – sure to be the first of many flights we have! Have you ever been in a small aircraft like this one? What did you think? 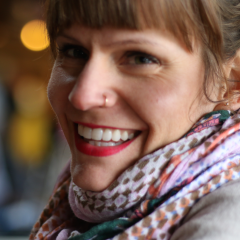