My recent posts have all been very lengthy, so I thought I’d switch it up with something a little more visually appealing. Not that I don’t love the human aspect of posting a picture of an exploded spaghetti squash inside my microwave. But whatever. We don’t really live a Pinterest-worthy life over here, folks. How about a little change of pace with some travel photos?

Last October Ryan and I spent some time in the Pacific Northwest – we flew into Portland and spent a week with my family, and then headed north for a long weekend in Seattle. We’d never been to Seattle, and it seemed silly to go all that way yet again and miss out. The first leg, gallivanting around Portland and the Oregon coast, was by far the highlight of the trip. But it was nice to wind down the last few days with just the two of us wandering around Seattle without any agenda except to eat, drink, and see.

When planning the trip, everyone (read: Portland locals) told me that the traffic in Seattle and the surrounding area was a mess, so the best option would be to take the train. The timing would be about the same, but the headache and stress would be significantly less. I love trains, so I was sold. This was a train ride like no other. Spacious, clean. Well-organized. Craft beer in the dining car! Marginal wi-fi! The scenery was an added bonus – beautiful river views, countryside, and even a sneak mountain peak.

We stayed at the Motif Seattle, a clean and trendy place right in the downtown shopping district. I chose the hotel purely based on price and location. Anytime you stay in a city center it’s going to be pricey, but this was… slightly less pricey? Because we took the train and had no transportation of our own, I wanted to be within walking distance of everything. Motif definitely fit the bill. They had a restaurant in the building for breakfast, and another just in the basement for drinks and snacks.

In hindsight I should have planned sightseeing a little better, but I prefer meandering about – urban hiking, as I call it. But the no-plan-plan leaves you with the inevitable feeling that you “missed out” on something. (This has backfired before.) On the other hand, you discover some cool stuff – so it’s a toss up, really.

I think my three favorite things about Seattle were the REI Store (The Mother Ship), the Capitol Hill neighborhood, and the Seattle Public Library.

If you like outdoor gear and are a sucker for an amazing retail experience, REI is your jam. After we checked into the hotel and cleaned up a bit, Ryan realized that he maybe didn’t pack anything for the predicted cooler temperatures. So we set out from the hotel in search of dinner and REI. It was a long walk, but we stopped at Citrus Thai (a random find), filled our bellies with delicious noodles, and soon found the store. What I really mean is that evening parted and a holy light shone down on the entire city block, illuminating our destination. Completely unbeknownst to us, the store was having a sort of Thursday night party – on their enormous covered balcony were little campfires and s’mores supplies, a trail mix bar, free craft beer, and a concert. Welcome to Seattle, indeed. We did our shopping and stepped outside to enjoy the festivities. So much for easing into the weekend. 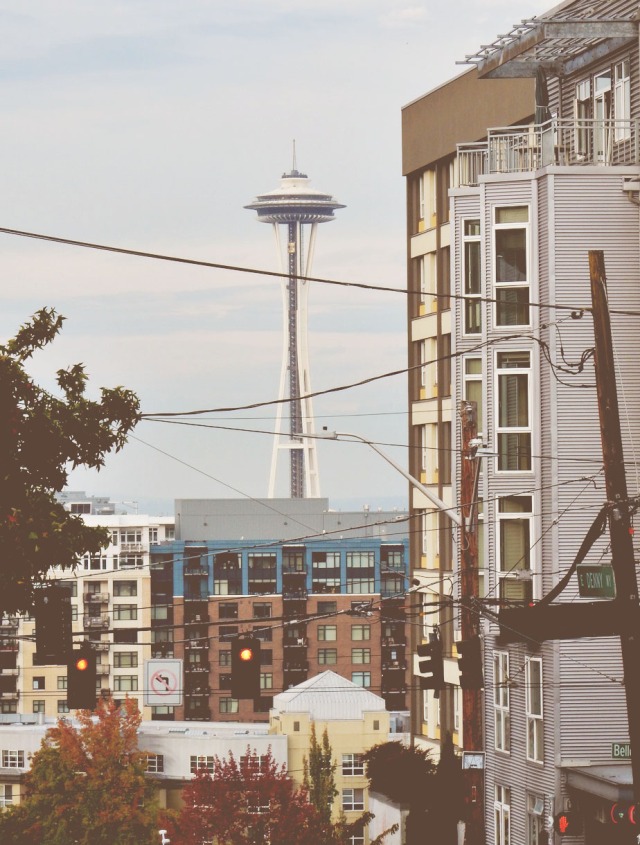 The Capitol Hill neighborhood was another crowd pleaser. This is where the urban hiking came into play. Literally uphill from the hotel, it was a brisk morning trek. The neighborhood is eclectic and interesting, with lots of restaurants, boutiques, and unique buildings. Continuing the walk downhill, we went to the EMP (Experience Music Project) Museum and took a gaze up at the Space Needle. The EMP was pretty cool – if I had to give a succinct explanation I’d say it’s a visually stimulating pop-culture and music museum. A lot to think about in a new way, with a lot going on. 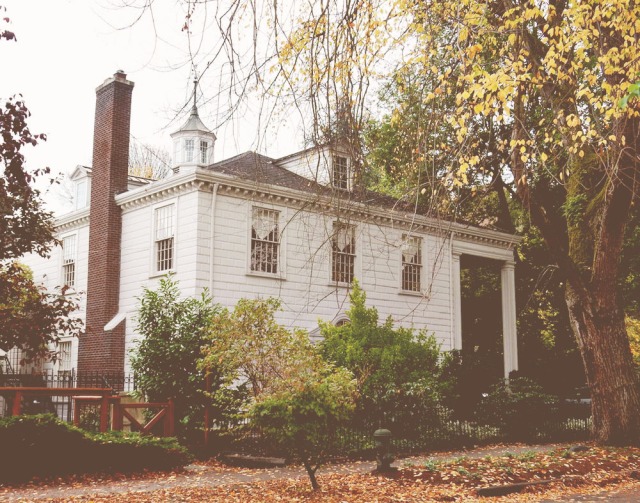 The Seattle Public Library is one of the best free things you can do in the city. The building is just so damn cool, and the views are incredible. The architecture gave me a bit of vertigo (I don’t like heights) but even I could appreciate such cool design.

Random Breakfast tip: Biscuit Bitch. (Belltown location). Go there. Get in line about ten minutes before they open. So. Tasty. But man, did it fill up fast. We accidentally got there before opening, and were fourth in line. While we were waiting it got a little crazy. They tell patrons straight up, be a good human and don’t save tables – it just clogs the works. I admire that.

There’s so much we didn’t see – in hindsight I wished we’d stayed a little longer and rented a car for a day to see more things. There’s plenty of public transportation, but if time is limited you maybe don’t want to sit on a bus for an hour to get to the other side of the city. But I suppose there’s something to the idea that the journey should be enjoyed as much as the destination. Either way, plan more time than you think you’ll need and include a day with transportation so you can broaden your visit. 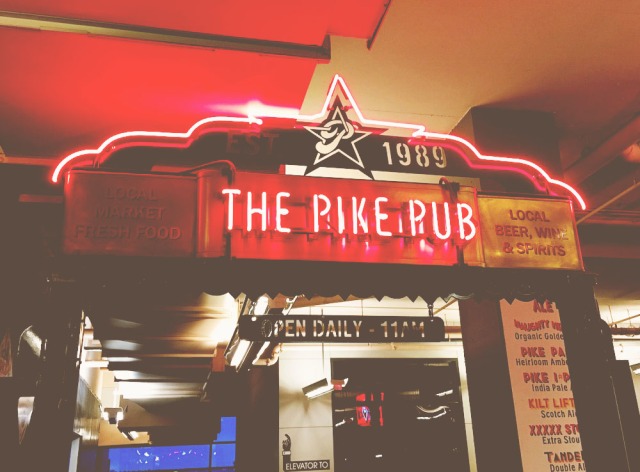 All in all my photos don’t really do the city justice. In fairness, the weekend was at the tail end of a 12-day trip, and we were a little shell-shocked at that point. So much walking. So much sightseeing. So much food. And yet, I look at all the pictures and think – this is all I took? Maybe that’s the mark of a successful adventure – you were too busy enjoying it to photograph it. It was an incredible trip, that’s for sure.

Have you ever been to Seattle? What should I see next time?